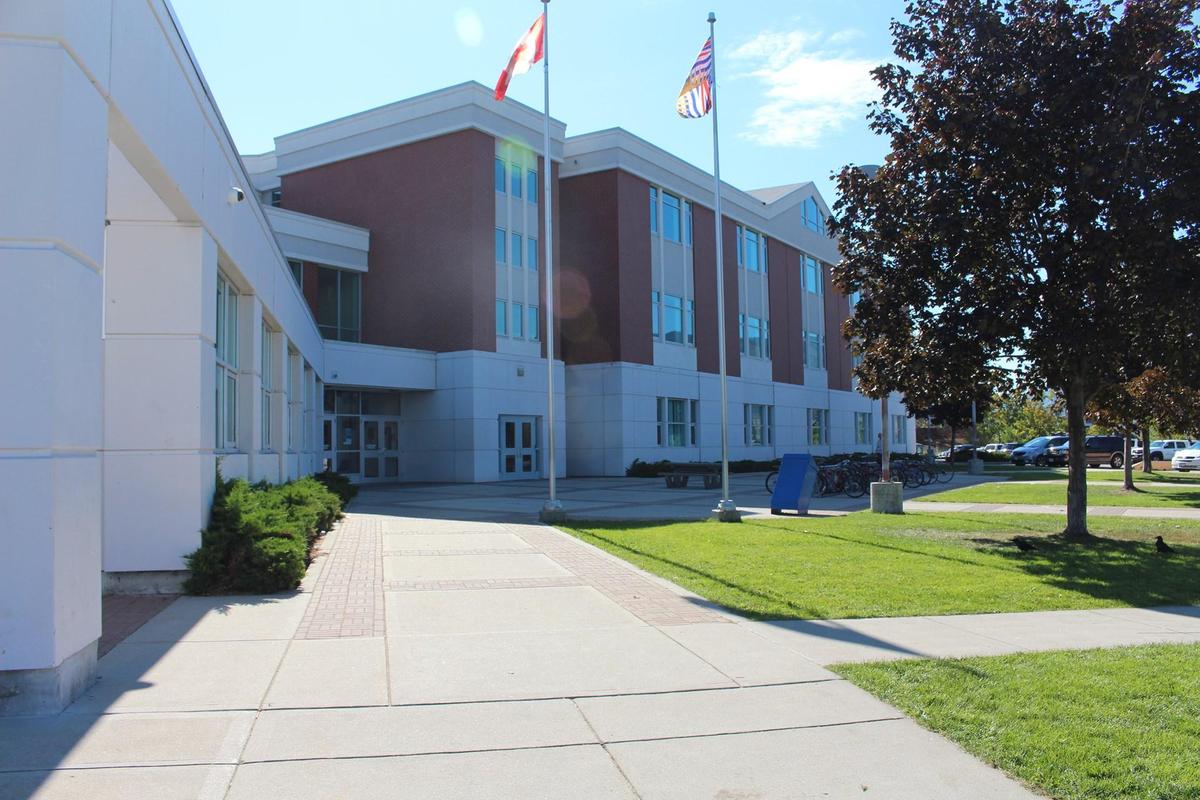 KVR Middle School is located on Jermyn Avenue near downtown Penticton, BC. It is a bilingual school for students in Grades 6 - 8 and has a late immersion French program beginning in Grade 6. KVR offers students a wide range of exploratories in: Art, Band, Computers, Drama, Home Economics, Tech Ed., and Leadership. Grade 6 students are taught mainly by their division teachers, receiving most of their instruction in their Home rooms,  while Grade 8 students are taught by a variety of teachers, and often move to different classrooms.
Good citizenship and student leadership are highly valued at KVR Middle School. Leadership is expressed in many forms. In class, it is shown by doing one’s best in all aspects of school. Special opportunities for the development and expression of leadership skills are made available through the school leadership program, but involvement in school clubs, teams, and activities give students more opportunities to be school leaders. Students are encouraged to get involved and make a  commitment and contribution to their school!
KVR History
KVR was the first middle school built in Penticton.  During 1996, construction began and the new building replaced O'Connell Elementary School. The school name was chosen by the board of trustees, because the school was located near the old Kettle Valley Railroad line. The library was named  after the late, Dan O'Connell, to honor his leadership in education.  Mr. O'Connell was the elementary school principal in Penticton from 1928 - 1960.
The middle school philosophy was adopted by the district in the early 1990's to ease students transition into high school.
When KVR first opened its doors in September 1997, Mr. John Laidlaw was the school principal. Both staff and students faced challenges in the initial months of operation, as construction continued and resources were limited.  Both Grade 6 and 7 French Immersion students remained at Wiltse Elementary, while grade 8's remained at Penticton Secondary School until classrooms were finally completed. In the first years of operation, KVR staff began building community within the school and strived for providing students with high quality education. Today, the building remains as one of the largest middle schools in the district.